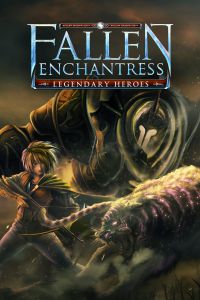 Fallen Enchantress: Legendary Heroes has received plenty of patches since its release.