From Elemental - Official Wiki
Revision as of 08:31, 4 February 2022 by RhoninMagus (talk | contribs) (Created page with "{{DISPLAYTITLE:<span style="position: absolute; clip: rect(1px 1px 1px 1px); clip: rect(1px, 1px, 1px, 1px);">{{FULLPAGENAME}}</span>}} {{HeaderTemplate |welcome=Ideologies of Elemental }} {{SectionTemplate |h=h1 |title=In the beginning |content= The earliest tales of the world tell us that the first beings of power were mortal men. They made use of the magical energies contained in the environment itself. The greatest of the Magi founded kingdoms that were passed on thr...")
(diff) ← Older revision | Latest revision (diff) | Newer revision → (diff)
Jump to navigation Jump to search

The earliest tales of the world tell us that the first beings of power were mortal men. They made use of the magical energies contained in the environment itself. The greatest of the Magi founded kingdoms that were passed on through extended dynasties.

Then came the Titans, immortal creatures from another world. The magical essence of Elemental sang to them across the depths of time and space and drew them to this world.

Greedy to control the magic of the world and deprive the Magi of their source of power, they brought from their world pieces of the crystal Telenanth. These shards absorbed the magic from the earth itself and in doing so, become rooted, unable to be moved ever again.

Having defeated the Magi, the Titans began to order things as great Empires. Being immortal, the Titans had no need for dynasties and exercised absolute rule over their territories.

In time, men began to be born who could channel magic from the shards. These great Sorcerers, aided by Tandis the Arnor, fought a great battle to defeat the Titans. So great was the battle that it unleashed a great Cataclysm upon the world, wiping out civilization and setting the stage for beings even more ancient than the Magi to fill the void left by the Titans. 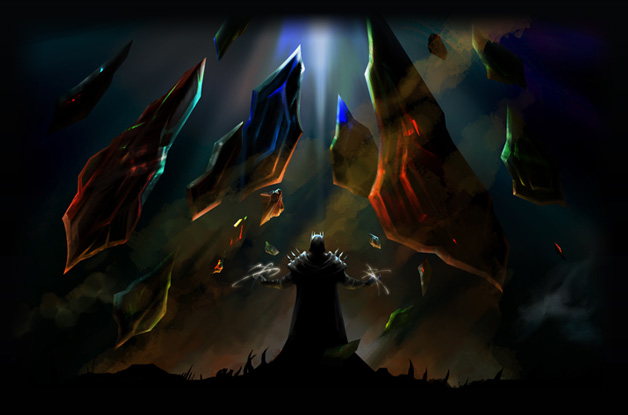 Generations passed before the mortals of Elemental were numerous enough to begin rebuilding their realms. What direction would the future of the world take? The Kingdoms, relying on the power of life magic? Or the Empires, who rely on death magic?

Out of the ashes arose eight different mortal factions who strove to establish their dominion over the world.

What follows is what has been passed down since the days of the Fallen Enchantress, the War of Magic and the rise of the Empire of Sorcery.

The Titans are gone, but not their ideology. The Empires have only contempt for the Kingdoms who squabble amongst themselves over whether leadership should be hereditary or through some kind of vote. The mightiest should rule. The weaker should follow. How could it possibly be any other way?

The Empires recognize that the transition from life to death contains the greatest of magic. They remain disgusted by the Kingdoms who leech life from the world as if they were parasites of life itself. 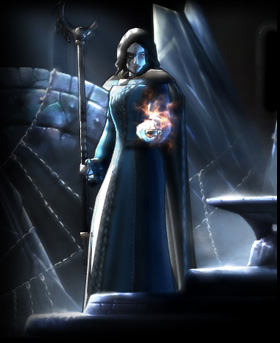 Ceresa stands alone. She is neither of the race of men or of the Fallen. She is the Oracle through which dark power flows, transforming her followers into the unique race of Wraiths. They, alone amongst all races, understand that while the death magic flows through the transition of life unto death, that the logical conclusion is to encourage as much death as possible.

Special Abilities: The Channelers of Resoln understand how to summon, without any effort on their part, elemental beings from the shards.

With the Titans gone, the sorcerers of Resoln are the undisputed masters in Telenanth lore. They understand that there is a pocket universe from which beings of immense power can be brought into our world.

As a result, Resoln is capable of fielding armies of immense power of alien origin. 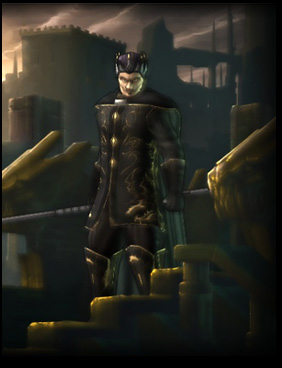 The Krax followed Amarian into the East to fight the Titans. The resulting cataclysmic battle broke the continent in two, trapping Amarian’s host in the East. Some managed to cross the Henge, a narrow strip that remained. But the bulk remained and became Kraxis.

At first, Kraxis remained aligned with the Kingdoms, a bulwark against the rise of the allies of the Titans (collectively known as the Fallen). Their isolation and the growing power of the emerging empires caused Kraxis to change sides.

Special Ability: Betrayal (can recruit champions aligned with both the Kingdoms and the Empires) 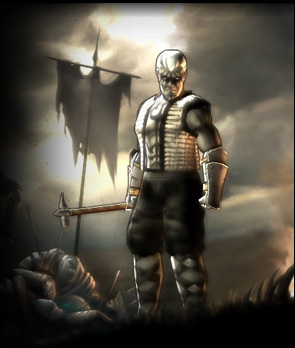 Yithril is home of the Trogs. These mindless warriors seek nothing but war and conquest. The less said about them, the better. Seriously. They are inherently stronger than any other race.

Special Unit: Juggernauts (if you think the Trogs are nasty, Juggernauts are indescribable).

Weakness: No ranged weapons (they like to get up close and personal). 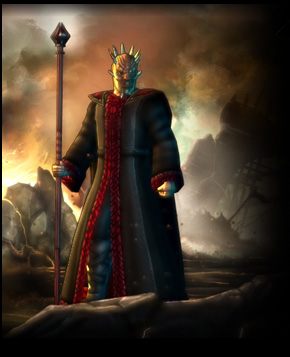 The realm of the Quendar are descendants of the Titan's elite soldiers. Called “Demon Elves” by some, the Quendar are the most intelligent and powerful race of mortals. Fortunately, they lack in numbers. They make up this deficiency by relying on slaves.

To understand the Kingdoms, one must remember Amarian the Great. Amarian was arguably the most powerful channeler since Hosten.

Amarian was instrumental in the downfall of the Titans. He was the undisputed king of all mortal men of Elemental. Unfortunately, he would not live to see the Kingdoms of men reborn, but instead died in battle at the Henge as chronicled by Ezmir the Scribe.

For a time, it was believed that his gifted daughter and heir, Procipinee, would inherit the throne of all men. Such was not to be. Instead, we are left with 4 different factions that strive to be the leader of mortal men of Elemental. 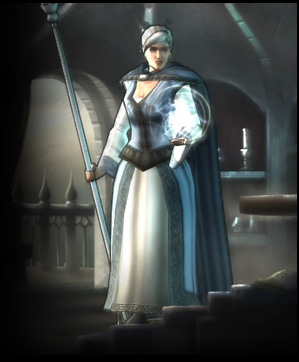 Ruled by Procipinee, whose youth and beauty mask the century of time she has sought to bring together the factions of men under her rule. Pariden has the most affinity with magic. 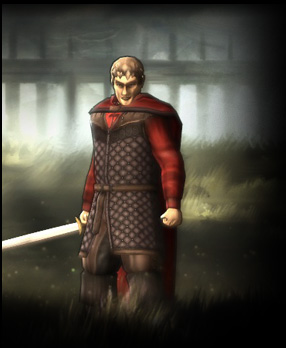 Ruled by Relias, the bold adventurer was Procipinee’s go-to agent to investigate the prophecy of the Empire of Sorcery that many fear will rise in the East.

His adventures in the East led him to chaffe under the overbearing rule of Procipinee. Eventually, he led the revolt that ultimately ended Procpinee’s dream of a single united Kingdom.

Special Ability: Henchmen (can train their own Champions) 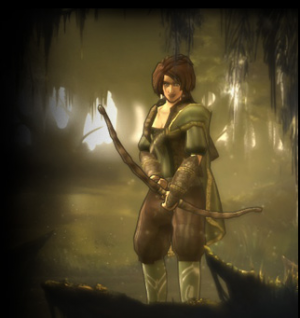 The story of Tarth cannot be told without speaking of their former masters – Capitar. When Amarian rallied the men of the West to stand against Curgen and the Titans, one group of men chose not to participate – the merchant kings of Capitar.

It is, with some irony, that their servants, the Tarthans, eventually overthrew them leaving Capitar such a shadow of its former self that it was not until much later that they recovered enough to be considered a major power again. 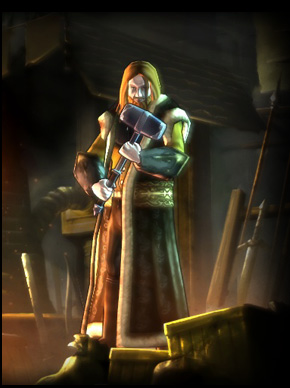 The Ironeers were the most faithful of Amarian’s servants during the final battles with the Titans. Generations of working in the mines have made the Ironeers much shorter than their kindred.

Their appreciation for the soil and the iron that ultimately is derived from it has made them less impressed by those who wield magic. Upon Amarian’s death, the Ironeers were unwilling to recognize his 8 year old daughter, Procipinee, and instead migrated south to the iron hills and founded Gilden from which much of the “Gildar” of the world ultimately is mined from.

They are often called Dwarves by outsiders. However, few survive actually referring to an Ironeer as a dwarf.