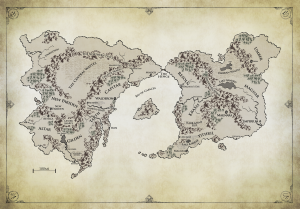 The Elemental series takes place in the eastern sub-continent of Anthys. It is a wild, untamed place. Before the player may consider conquering their rival kingdoms and empires, they must first conquer the land itself.

Most of the land is unsalvageable for use by any faction. However, all the lands are inhabited by various natural, and unnatural, creatures.

Eastern Anthys has a wide spectrum of environments within it including grasslands, swamps, tundra, arctic, desert, jungle and many incarnations of ruined, barren landscapes.

When playing on a randomly generated map, these components will be brought together based on how common they are in Eastern Anthys. Hence, since most of Anthys is in a temperate zone, these kinds of lands are seen more often than say desert or jungle (players may modify the default settings as they will).

Revived lands are lands that tend to be green and lush and friendly to players of a faction of the Kingdom. It should be noted that all of the Kingdoms are led by men and it has been noted by the renegade faction known as Kraxis that the revived lands are nothing of the sort but rather the perversion of the natural environment of Elemental for the sake of mortal men.

Soldiers of the Kingdom, however, find comfort in revived lands and therefore gain an advantage when fighting or defending themselves in these lands. 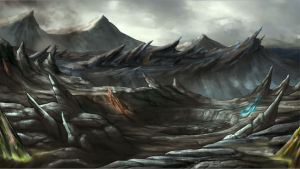 As the name implies, Fallen Lands is a term coined by the men of the Kingdoms to describe the otherworldly environments preferred by the Empires. The races that make up the Empire such as Urxen and Trogs, gain an advantage when in this type of terrain.

During the reign of the titans, Fallen Terrain covered nearly all of the continent of Anthys. It was only the rise of the Kingdoms that Fallen Terrain began to compete with the so-called “revived” lands of men.

The Wild Lands are few and far between and are named by men as the places that have been untamed by Men or Fallen. They are remnants of the world from the first age when the world was filled with immensely powerful creatures. In some places, wild lands reclaimed ancient strongholds of the Empires of old such as ancient Imperium. 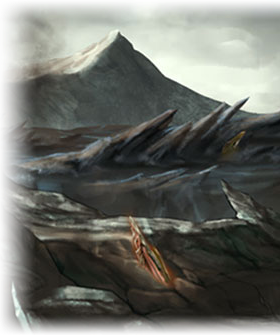 The final resting place of the fearsome Dread Lord Curgen, one of the mightiest of the Titans.

This shattered wasteland still teems with wild magical energy as fragmented elemental power sows itself amongst the dead rocks.

Here there cam be Elementals of all natures eager to bring destruction on those who seek the valuable shards within. 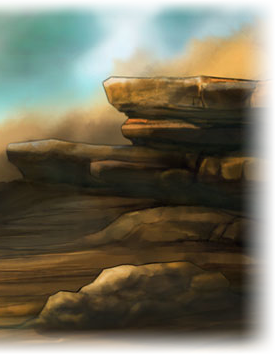 The treacherous Lombard Desert is known for playing with the minds of those who dare to cross it.

The harsh climate is just the beginning, however, as the Desert is rife with sinister magic taking the shape of sandstorms, lesser Elementals and the mighty Elemental Lord Torax, who grinds mountains to dust.

Those brave enough to seek out it’s treasure could find themselves at the legendary lost Library of Illuna, which is said to hold ancient knowledge now lost to the outside world. 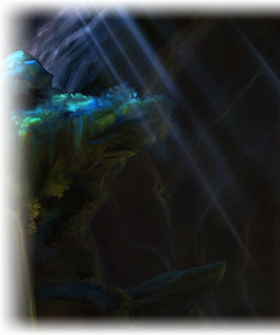 The Pits of Namtur are a series of caves that are said to stretch clear to the underworld.

Few adventurers are brave enough to venture into the Pits, even fewer return to tell the tale.

Those that do tell a tale of riches and power beyond your wildest dreams, always arm in arm with warnings of creatures of unfathomable power.

Ruins of the Imperium 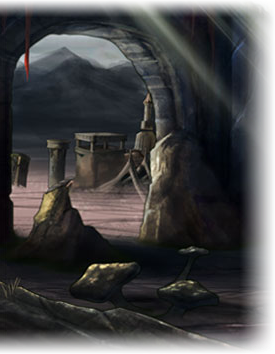 Many know that the races of the Fallen were originally crafted by the Titans in their own image.

Few, however, know of the Imperium; a society of wild humanoid monsters bound together through the power of the Titans into a deadly Empire.

For years they terrorized the world of Elemental, until the Cataclysm came destroying their masters

Now all that is left are the scattered remnants of their lands, still occupied by many of the creatures that formed the Imperium.

These fragmented camps now comprise a force that, while unorganized, is still deadly to anyone foolish enough to seek to reclaim the treasures of the once great Imperium for themselves. 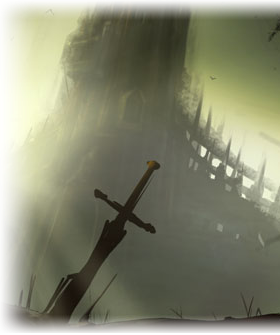 Nowhere in the world of Elemental is more mysterious and enigmatic than the Shroud.

The stories go that anyone in the Shroud as night falls is lost into the abyss.

No one knows for sure what happens when the light fades, the few people that have lived to tell the tale say they have blacked out and awoken in different places with no memory of how they got there.

One thing is constant in all their stories, however: Darklings.

Some claim to have seen an entire city of the foul creatures in the depths of the Shroud; although most consider this to be the ravings of madmen.